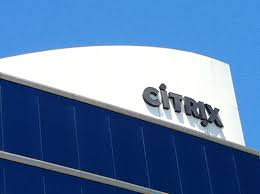 FORT LAUDERDALE, Fla. — Restructuring at Citrix Systems will result in the elimination of 1,000 full-time and contract positions, the Fort Lauderdale-headquartered company announced Tuesday.

Citrix will spin off a group of its best-known technology tools and exit other businesses. The layoffs and other restructuring actions will take place in November and January, Citrix said.

Citrix didn’t say how many jobs would be affected in Fort Lauderdale. Spokeswoman Stacy St. Louis said Tuesday that she could not disclose further details.

The 26-year-old Citrix is one of South Florida’s largest technology companies with 1,700 employees in Fort Lauderdale alone. The company has 9,100 workers worldwide.

Besides Fort Lauderdale, the company has major operations in Santa Clara, Calif., and Raleigh, N.C., as well as sites worldwide.

The spinoff, initially urged by a hedge-fund stockholder, includes GoToAssist, GoToMeeting, GoToMyPC, GoToTraining, GoToWebinar, Grasshopper and OpenVoice. It will be a tax-free spinoff to shareholders in the second half of 2016. Citrix said it also would eliminate, exit or phase out other businesses that don’t fit its mobile and cloud-delivered strategy.

“We’re getting rid of a lot of the distractions. The company will be focused and it will be profitable,” Bob Calderoni, interim chief executive and executive chairman of Citrix, said in a conference call with analysts Tuesday.

Technology from Bytemobile, an under-performing acquisition in 2012, will be adopted by another Citrix company, for example, the company said on the call.

Calderoni also said some operations will be moved to “lower-cost locations,” though those were not specified.

Revenues for the products to be divested were $600 million for the last 12 months, Citrix said.

“Upon review, it is clear to us that the GoTo family of products is best suited to grow and operate as a stand-alone business,” Calderoni said.

He said the separation will allow Citrix to refocus and invest in its core products for the mobile market. Citrix said it expects to save $200 million, with most being realized in fiscal 2016.

In June, Elliott bought a 7.1 percent stake in Citrix, urging then CEO Mark Templeton to make changes. Operating expenses have continued to outpace revenue growth, and profit margins have declined over the past 12 months, Elliott said.

Last month, Calderoni was named interim CEO while a new CEO search is completed, with Templeton serving in an advisory role through year-end. Templeton had been CEO since 2001.

In June, Elliott Management sent a letter to Templeton urging changes and the sale of some assets, saying the company could be a $100 stock when it was trading then at around $65 a share.

Last year, the software company laid off 200 local workers as part of a worldwide restructuring.

But RW Baird analyst Steve Ashley said in his third-quarter report on Citrix that the “rumors of demise are greatly exaggerated” for the company. He said Citrix is well-positioned to benefit from current technology trends such as the increasing use of mobile devices. It also is the clear leader in desktop virtualization, which allows workers to remotely access any documents they have on a desktop.

In 2013, Citrix renovated its Fort Lauderdale offices, making a $7.5 million investment, and promised more than 200 in return for $1.65 million in potential state and local incentives. No incentives have been paid so far on the 2014 agreement.

Previously, Citrix fulfilled its obligations in a 2005 contract, receiving $520,000 from state and local governments for creating 289 jobs, more than twice its commitment of 120.

Call to Action
Have a question?
Please connect us with our